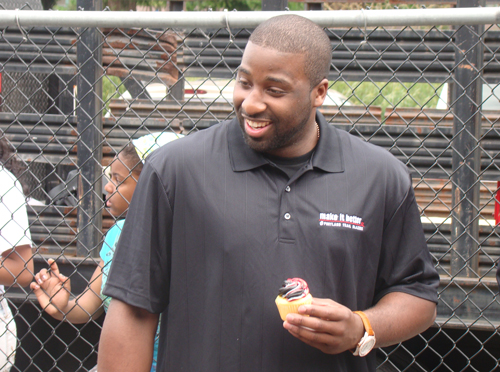 Player Option
Derrick Jones Jr. currently has a player option for the Trail Blazers this season. He may decide to decline his option and sign with another team. You may accept or decline this option, by default it will be accepted. You may also update his contract to perform actions such as a Sign & Trade.

LEBRON  (Luck-adjusted player Estimate using a Box prior Regularized ON-off) impact data is provided by BBall Index . See how LEBRON is calculated, and exlpore the data.

Why: Sac gets players more on their timeline, they get a Big to run PnR with Fox and who allows Bagley to play PF (to increase his trade value for the deadline) and Jones to run with Fox. Por gets a starting SF who is older and experienced and can help round out their starting lineup.

Why: PHI gets a ball handler, an elite scorer, and ball hander, plus a pick they can use to make another trade. POR overpays for Simmons, but honestly Dame's statements made it clear time to hedge bets is over. So POR gets another ball handler and playmaker who can play defense at 3 spots along the line. I would suggest that PHI takes that 1st from Portland and uses it in a deal for Lowry to build a lineup of Lowry/McCollum with Curry and Milton as backups.

POR signs Norman Powell to a 4 year $76 million dollar deal. They go all in. If it doesnt pan out, well, its blow up time anyways.

As I am posting this to Blazers sub, I'll say I know a lot of people will object to a 1st with McCollum, but I think BOLD keeps Dame. The only way. The lineup of Dame, Norm, Barnes, Simmons and Roco would be awfully good in a Warriors type small ball and signing bodies like Kanter/Bamba/Theis to bang with Embiid and Jokic are needed in only a couple scenarios.