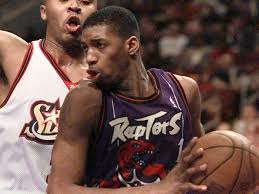 So I’ve been tinkering around with the idea of an all-time players tournament mock thing and I kind of thought up a pretty fun sounding one. Here’s what I came up with:

I decided on this particular number of users for a reason if you were wondering. It’s all carefully thought out.

This part is a little confusing but here goes. There will be a draft where GMs can select players from only a certain decade, starting with the 50s. There will be three rounds of selections as to make a three player squad. Then, games will be played, and the players that lose will be placed in an elimination pool, where two of them will be randomly eliminated. If you survive then you move on to another draft, where you are allowed to protect one of your current players while drafting two more. Winners can protect two players by the way. You don’t have to protect any if you don’t want to though. Sorry, I know this is confusing but I can help explain if you ask.

A collection of tournaments

There will be tournaments with games decided by fan voting, or polls. Yes you can vote for yourself, but only once! PLEASE NO BURNERS!!! Otherwise, it’s fair game, and people can vote for which 3 player squad they think would take the dub. I’m going to advertise the heck out of this, so I’m hoping for a lot of spectator votes.

You might lose in a tournament but it’s not the end yet. You’ll be placed in the elimination pool, sure, but you can still survive if the random number generator doesn’t pick you. Winners of course can protect two players though so I would strive for that. Players will keep getting eliminated until the end, where there will be 2 teams left in a final championship match.

Number does not represent what pick you are. That will be decided later.