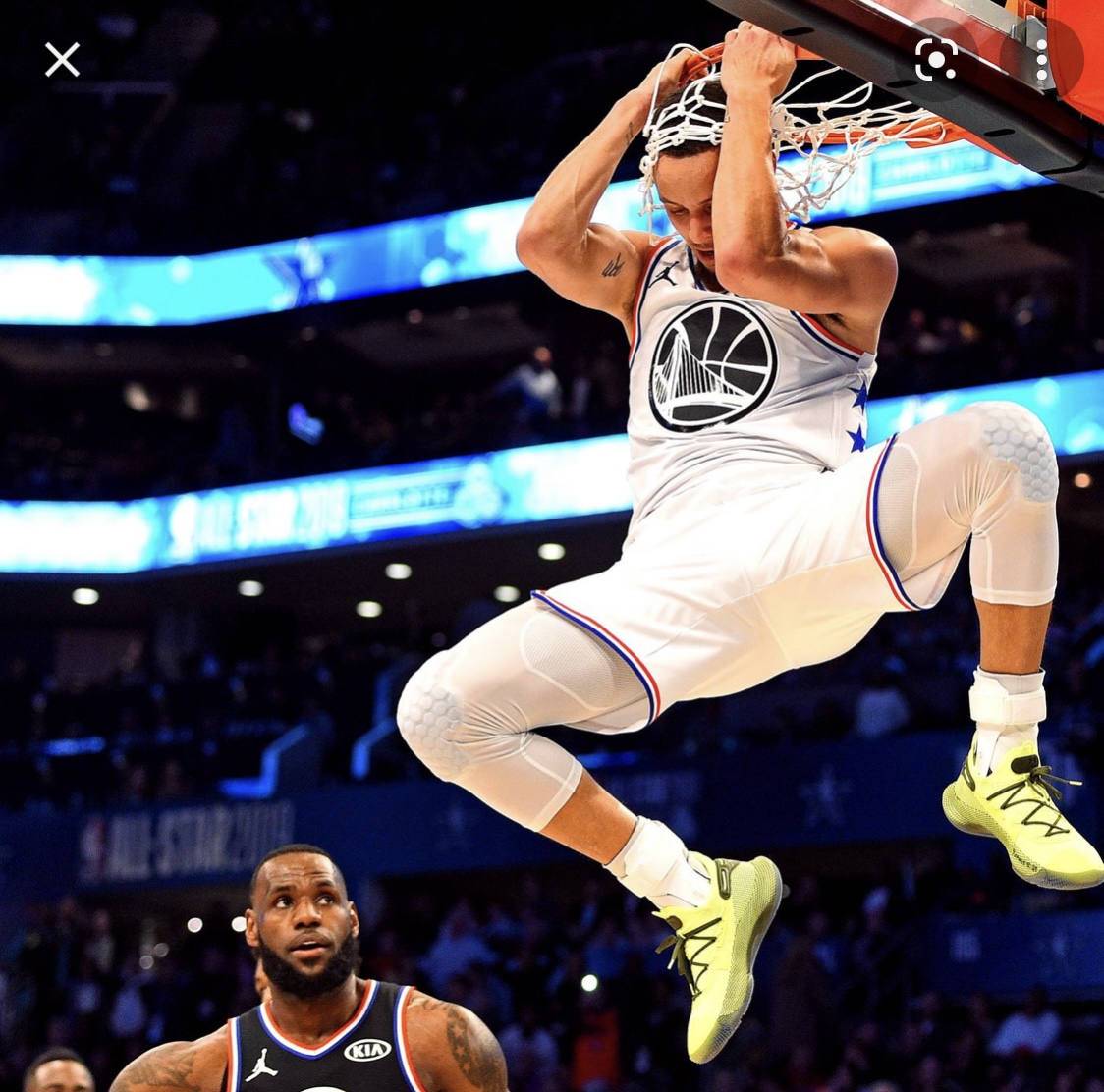 I will be making every NBA teams all time starting 5. This means I pick the best players from each position, on each NBA team. For example, the 76ers would have PG: Ben Simmons SG: Allen Iverson SF: Julius Irving PF: Moses Malone C: Wilt Chamberlin. Today we will be doing the Western Conference. Feel free to debate in the comments!

John Stockton was picked for the point guard for many reasons but the main one being he is #1 all time for steals with 3265 steals. He is also #1 all time in assists with 15,806. Donovan Mitchell was picked at shooting guard because he is a former dunk contest winner and a 2 time all star. Donovan Mitchell has a career average of 23.4 points per game. He is very young so I can only imagine what he will do once he ages and begins to enter his prime. Gordon Hayward might be a shocker at the small forward position but I think he was very underrated during his time with Utah. In his best season he averaged 19.7 points per game on 47.1 percent from the field. He was even an all star one year. Karl Malone needs no explanation but I will still give him one. He is number 2 all time in points. He is over guys like Wilt, Jordan, and Lebron! I chose Rudy Gobert for center because he is a 3 time defensive player of the year. The only players to win 3 or more defensive player of the years are Dwight Howard, Ben Wallace, and Dikembe Mutombo.

I chose Steve Nash at the point guard position because he won back to back MVPS. The only people to do that were Giannis, Stephen Curry, Lebron James, Tim Duncan, Michael Jordan, Magic Johnson, Moses Malone, Kareem, Larry Bird, Wilt Chamberlin, and Bill Russel. That is quite the list to be on because of all of those legends. I chose Devin Booker for shooting guard because he made the most points (70) since Kobe Bryant scored 81 against the Raptors. I chose Shawn Marion at Small Forward because he is a 4 time all star and he made the all rookie team. Charles Barkley was a no brainer at the power forward position. He was in the 1992 Olympics and he played for, "The Dream Team." The "Dream Team" had people like Michael Jordan, Scottie Pippen, and John Stockton. At the center position, we have Amar'e Stoudemire. He won rookie of the year.

Alex English is a very skilled scorer. He averaged 25 or more points for 8 straight seasons with Denver. Carmelo Anthony led the Denver Nuggets to the conference finals where they faced the Lakers in 2009. Nikola Jokic is at center for them because he won the 2021 NBA MVP and he is one of the best passing big man of all time. Then, we have Allen Iverson and David Thompson to finish the squad.

Chris Paul, Blake Griffin, and Deandre Jordan are part of the Lob City Clippers. They are arguably the greatest Clippers team assembled. Add that with Kawhi who has had 2 all star appearances with the Clippers and Paul George who led the team to their first conference finals.

Jason Kidd, Dirk Norwitzki, and Jason Terry were all key parts to the 2011 Mavericks Championship where they faced the Miami Heat. The Miami Heat had a big 3 of Lebron, Chris Bosh, and Dwayne Wade! To defeat that team is a huge accomplishment. You also have Shawn Bradley who was the block champion is his first year with the Mavericks. Luka Doncic is a beast. He has played 3 seasons and he has 2 all star appearances, along with the rookie of the year.

Damian Lillard is one of the best shooters in the NBA today and has had 2 famous buzzer beaters, and both of them were to win a series. Clyde is the best Blazer. No debate there. Nic Batum had a great two years with the blazers and his size, athleticism, and skill were definitely a key part in that. Bill Walton won a championship with the Blazers and won finals MVP. Lamarcus is a former all star and a very good player.

Magic Johnson and Kareem are a top 3 duo of all time and they won multiple championships with each other. Kobe Bryant is the greatest Lakers player of all time. He scored 81 points against the Raptors one year. Lebron James already won a championship and became finals mvp. He is also a two time all star with all of them he started in. You could argue Anthony Davis over Gasol but Davis did not show much last year because of injuries.

Steph, Klay, and Draymond were a part of the 73-9 Warriors. Steph is the greatest shooter alive, Klay holds the record for most 3s in a game with 14, and Draymond is a former defensive player of the year. Kevin Durant won two championships with the Warriors and he won all the finals mvps. Wilt Chamberlin has the most points scored with 100!!!!!!!!

We already saw Conley and Marc play together and they were a pretty good playoff team. With both Gasol brothers being on the same team could help a lot considering they were both all stars.

These player are very underrated because they are not big names like Kobe, Lebron, or Wilt but these players played their roles during the Spurs dynasty. Manu Ginobli is the best sixth man. He won 1 sixth man of the year award. Kawhi Leonard won two defensive player of the year awards an is arguably a top 10 defender of all time!

The Pelicans are a very underrated team. Chris Paul was really good in his run there, Jrue has always been a top defensive guard with the Pelicans, Peja scored 92.9 percent from the free throw line on year, Anthony Davis was in his prime, and put up 25 and 11 in his all star year with the Pelicans.

Oscar Robertson was the first NBA player to average a triple double, Mitch Ritchmond won the All Star MVP with the Kings, Chris Webber was recently inducted to the HOF, and Demarcus was the best Center in the league when he was the Kings. Then having Peja Stojaković to finish the team is an absolute win.

Derrick Rose might sound crazy at first, but he scored a career high 50 points with the wolves. Andrew Wiggins won rookie of the year, Kevin Garnett is a former MVP, Kevin Loved average 15.2 rebounds per game one year, and Karl Anthony Towns is a a 2 time all star.

Russel Westbrook is thee second player in NBA history to average a triple double, Ray Allen averaged 26.4 points in his best season with the thunder, Paul George was an NBA MVP finalist with the Thunder, Kevin Durant almost beat the 73-9 Warriors in the Western Conference Finals, and Jack was a 7 time all star and a hall of famer.